Neuro-Bio in the Australian “Financial Review”.

During her trip to Australia, Neuro-Bio’s CEO, Susan Greenfield had an interview with Julie Hare, Education editor for the Australian “Financial Review”. 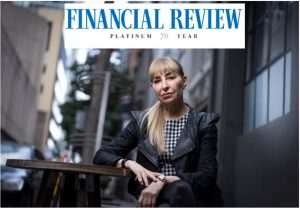 In April, Baroness Professor Greenfield published a research paper that proved a drug developed by her Oxford-based start-up Neuro-Bio effectively countered the brain disease in mice.

“No one else has been able to describe the primary mechanism that causes the brain cells to keep on dying, like a snowball, in an inappropriate attempt to grow again,” Professor Greenfield said. “We have shown that a molecule that can normally promote [cell] growth can, in an inappropriate context, turn toxic, so more cells die.”